Entrepreneurs are all the rage these days; however, regardless of how you slice their stories, each entrepreneurʼs journey towards their success conjures a very unique flavor in itself. When it comes to juicy inside stories of this nature, you can definitely count on the Asian Americans wanting in on the action. Afterall didnʼt stereotype call us the “competitive race”? Fortunately Wee Wan, Producer of JL Global Entertainment is here to satisfy the communityʼs craving for original mini docu-series featuring extraordinary Chinese American entrepreneurs- Your Story, My Song (YSMS). 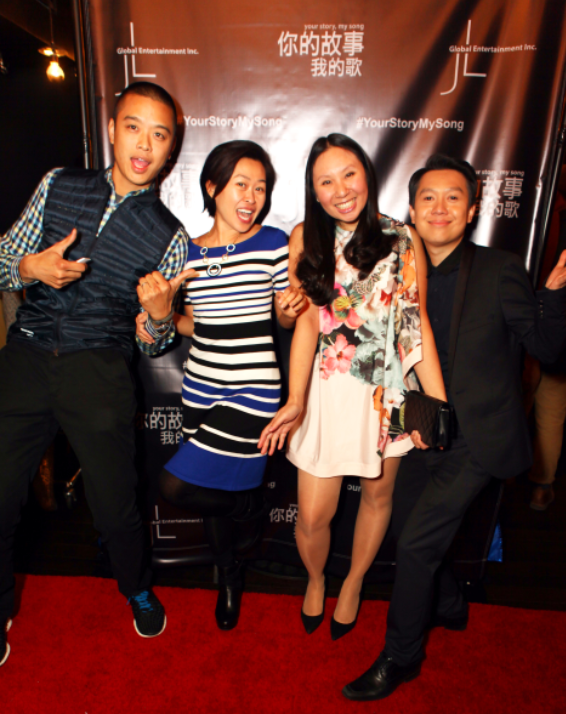 After several years of conception to completion of YSMS, the show finally has its premiere event this past Thursday in conjunction with the airing of its first episode on Sunday, 11/24. VIPs within the community graced the event, amongst them featured entrepreneurs such as the fabulous Niki Cheng who owns BoConcept, an upscale Danish furniture store in New York and New Jersey, the delightful Christina Seid, owner of the legendary Chinatown Ice-Cream Factory, and the renown Wilson Tang, a serial restaurateur who is most known for owning New York Chinatownʼs first Dim Sum place- Nom Wah Tea Parlor.

All the guests were given a sneak peek into the collaborative efforts behind this project and what went behind Weeʼs mind throughout the production process. “I am so touched and so inspired by all the entrepreneurs who have shared their stories with me, and my teammates who have been along this journey with me,” says Wee in reminiscence of his journey in producing this series.

Now if you get the part where “Your Story” in YSMS refers to the entrepreneursʼ journeys in crafting their own success stories, you might be wondering where exactly the part that says “My Song” comes into play. As the icing on the cake for YSMS, Wee has combined his passion for music and story in the writing of each episode from his perspective, capturing the journey in the medium of a new song. Written by Wee, the theme song for YSMS is a collaboration with Asiaʼs renown music producer, Al Kuan.

“Your Story, My Song” will air every week starting this Sunday, 11/24 at 5:30pm PST on KTSF26 and every Monday starting 11/25, at 11:30pm EST on Sinovision, (channel 73 on Time Warner Cable and channel 63.4 on digital). YSMS is an original JL Global Entertainment Production. JL Global Entertainment is a pioneer in creating and producing original content for Asian Americans.